Sometimes the most significant changes take time, especially when it comes to creating laws that impact our environment. Each year introduces new laws in California. The ultimate goal remains; to reduce our carbon footprint through recycling, minimal use of plastics, and waste reduction in landfills. When cities adopt zero-waste practices and implement new recycling laws it makes a difference and there are greater changes to come.

Here’s a timeline of what’s come before and what is beginning for recycling laws in California.

As the golden state, California recycling laws merge efforts between city and state to make a difference.Let’s start with AB-341 on July 1, 2012, a statewide recycling law meant to help the golden state reach a 75% landfill reduction goal by 2020. The purpose is meant to have commercial enterprises reduce the use of plastics, encourage recycling, and composting waste.

AB-341 is the reason why more businesses in California keep their recyclables from landfills and promote more eco-friendly practices. The law affected all commercial and business enterprises that generated 4-cubic yards of waste— also, 5 or more-unit family apartments, which produce 8% of landfill waste.

Because of this ambitious goal, more recycling laws have taken center stage of the following years.

In 2014, Proposition 67 put a noticeable price on the use of plastics into law. California legislators passed prop 67, which banned free one-time-use plastic bags and paper bags in large retail stores. Which also enforced a 10-cent minimum charge on recyclable plastic bags. Like with most bills, Prop 67 underwent pre-stages before it trickled into full effect. The law was finally able to reach all 58 California counties in 2016, and spark more public awareness on how much we use and how little we reuse our plastics.

The results from 2018’s signed bills are shining through and in full-effect into the new year. Last September governor Jerry Brown signed a bill banning full-service restaurants in California from handing out single-use plastic straws to patrons, unless upon request from their customer. The law gained nationwide attention as the “plastic straw ban” but represents the broader efforts to have people consider how much plastic use daily.

The bill is formally known as Assembly Bill 1884, and it’s meant to promote recyclable alternatives by banning single-use plastic. Although the ban is not wholly enacted, you may have noticed more restaurants providing straws by customer request. Many counties in California haven’t experienced this change because these things take time, and the legislation will be fully enacted by 2021.

This is a significant requirement because commercial sellers generate 75% of the solid waste in California (CA Recycle), and a majority of waste that turns up in landfills. AB 1851 takes the lead from similar composting laws in C40 cities who pledged bolder environmental changes through zero-waste initiatives.

San Francisco, San Jose, and Santa Monica are examples of C40 cities. Residents living in C40 cities are fully aware of the fines of not properly sorting waste and recyclables.

It’s hard to miss the relevance of recycling, especially when we hear about the new initiatives to promote eco-friendly and zero-waste lifestyles. At Pacific Auto Recycling Center we not only buy CRV, car scraps, and collect E-waste but we also value initiatives to make a difference in sustainability and in our environment. Give us a call at (661)-949-0048 or come visit us at 225 W Avenue H, Lancaster, CA.

Family-Friendly Activities to Recycle and Save the Planet 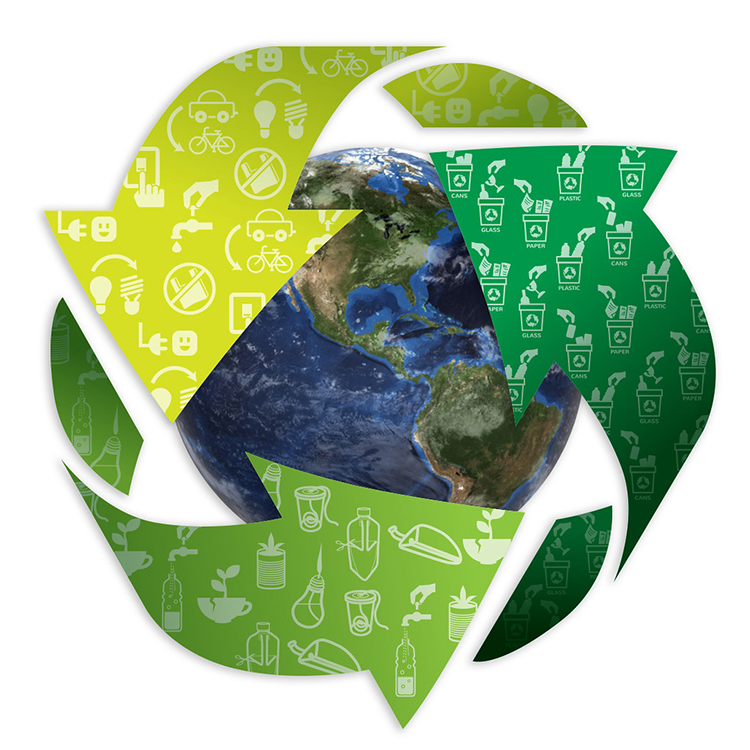 Why We Celebrate Earth Day to Help the Environment

Timeline of Recycling Laws in California: From Then to 2019

The Price of Dumping E-Waste in Los Angeles